WE ARE OPEN! We offer in-store pickup, curbside pickup, local delivery, and even contactless payments like Apple Pay and Google Pay!

Even though raw dog food diets are controversial their popularity is rising. But… What is exactly a raw food diet? A raw food diet typically consists of 70% of muscle meat (often still on the bone), 10% bones (either whole or ground), 10% organ meats (such as livers and kidneys), and 10% of raw eggs, vegetables, and fruits. 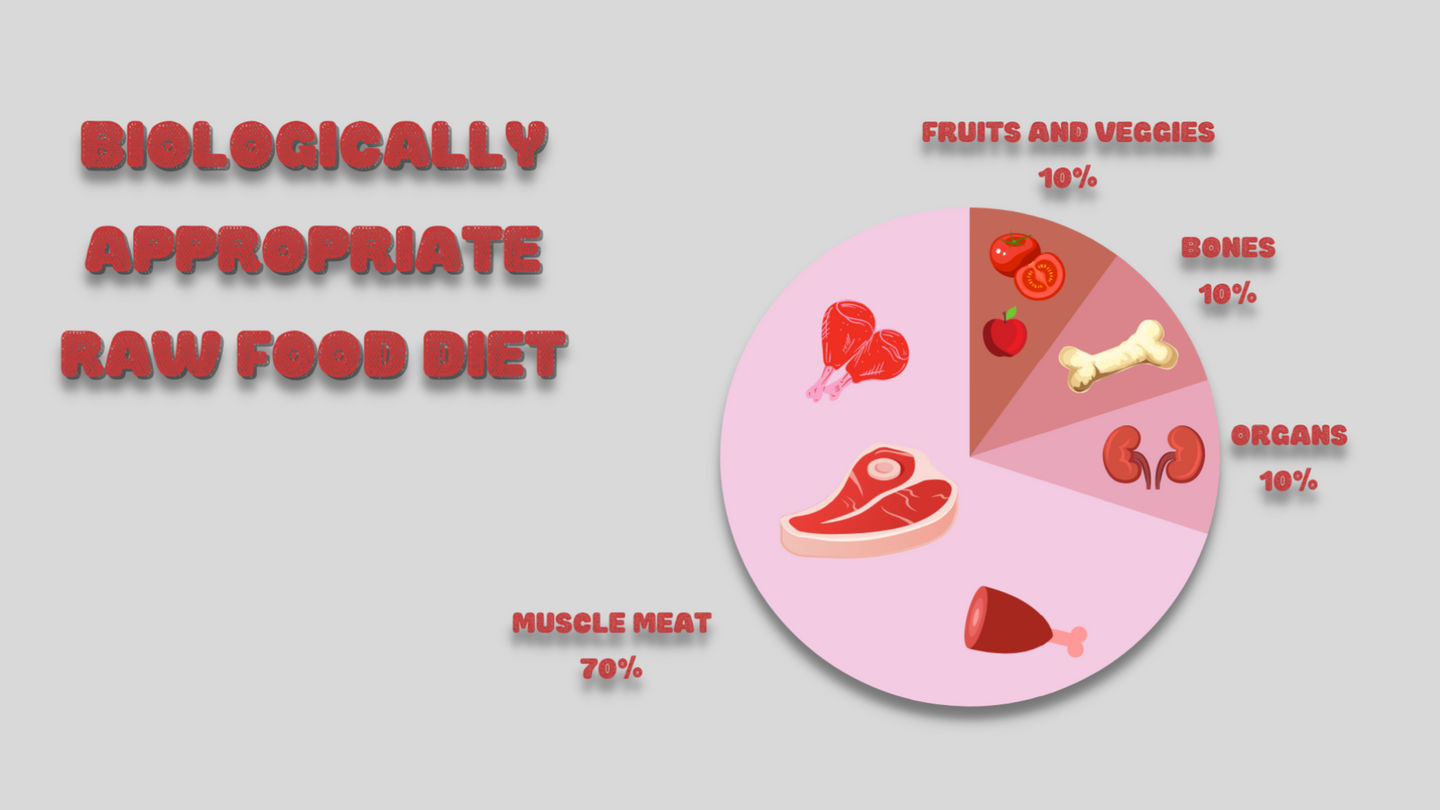 Since our pets descend from wild animals, it makes sense that they would benefit from a raw diet. You might even be tempted to head to the grocery store for raw meat and bones, but that is a risky choice, and we are going to explain to you why.

The raw food from the grocery store is processed, sent to a distributor, shipped to the store, sometimes inconsistently repackaged, and then sits in a cooler for a set period. For humans, it is different as we cook our food and kill potential bacterial. But, you are going to want to protect your pets by feeding them raw food produced with a special process that locks in nutrients and prevents contamination.

Because raw meat from the grocery store has been produced in a way that assumes humans will cook it to safe temperatures before they eat it, you do not want to feed your pets the same meat raw, as they might be exposed to bacteria like Salmonella.

What about leftover bones? Cats and dogs snack on these in cartoons, but they’re not 100% safe in real life. This is because cooked bones are more brittle and prone to breaking. These shards can be very sharp and injure your pet when consumed. 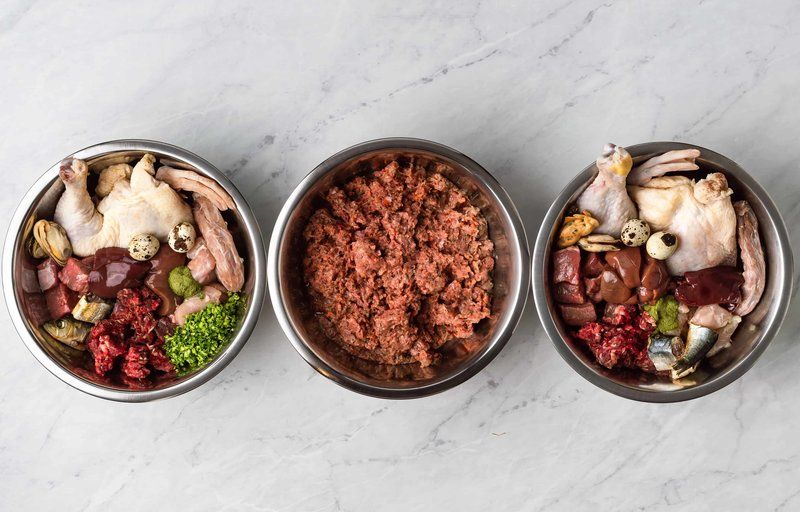 Several types of raw dog food diets have emerged, including commercially processed raw food diets that are frozen or freeze-dried and combination diets that use blends of grains, vegetables, and vitamins.

Here are some of the pros and cons of raw food feeding:

Some of the potential benefits of the raw food diet include:

How can you avoid some of the risks?

How to do the transition?

Dogs are usually easy to transition to raw food. Start with small amounts either alone or mixed with their current food, and gradually increase the amount of raw while decreasing the amount of the previous diet. This can be done over a period of one to two weeks, taking more time if necessary, for more sensitive animals.

Here’s an example of how to do your pet’s transition to raw food diet: 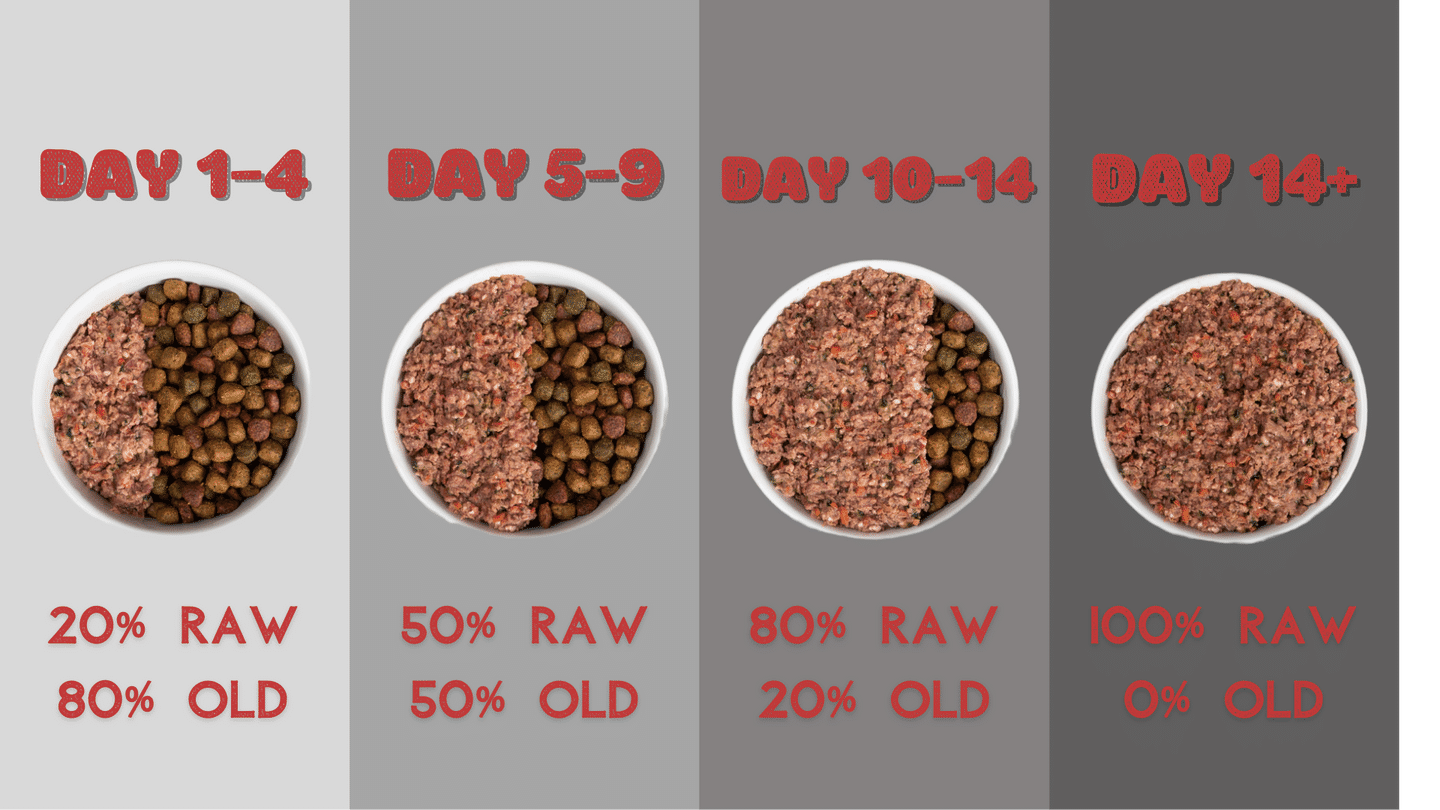